So, whether you’re a beginner or an experienced angler, there’s bound to be a reel out there that’s perfect for you. But, which fishing reel type do I need?

When choosing the right fishing reel for you, it’s important to consider your experience and what you plan on fishing for. The different types of reels profiled in this article can be broken down into the following categories:

Each type has its own unique benefits and drawbacks, it’s important to choose the one that fits your needs.

So, what type of reel is best for you? Let’s find out.

Spincast fishing reels are probably what got most anglers hooked on the activity in the first place. This is because this type of fishing reel is usually inexpensive and suitable for beginners.

The spincast does exactly what it says when you cast the lure with a flick of a finger, then a spring-loaded mechanism automatically retrieves the line back into position together with a small metal arm that locks it into place. It’s extremely easy to use and ideal for children, seniors, and those who are new to the sport of fishing.

The main downside to spincast reels is that they are not as durable as other types of reels and they can only handle light lures and lines. So if you’re planning on catching larger fish or using heavier tackle, then you’ll need to look at a different reel type.

If you’re looking for a versatile reel that can be used for both baitcasting and spinning techniques, then the spinning reel should be your top choice. It’s a favorite among experienced anglers because it provides good control and is capable of handling a wide range of line weights and lure sizes.

The spinning reel gets its name from the rotating spool that is responsible for storing the line. This feature also makes it easier to cast your lure further out into the water. And since the spool doesn’t rotate as you reel in, it gives you more power and control when fighting a fish.

The baitcasting reel is often favored by anglers who are looking to target larger fish. It’s a more advanced reel that requires some practice to use effectively, but once you’ve got the hang of it, it can be a real powerhouse.

The surf fishing reel is designed for use in open waters like lakes, rivers, or even oceans. It’s also ideal for luring fish that are found near rocks or other obstacles where they can hide from their prey.

Surf reels tend to be larger than conventional reels because of their size and power. They can handle heavy lines with large lures which makes them perfect for catching larger species that lurk deep down below the surface of the water, such as trout or flounder.

If you’re looking for a reel that can handle big fish in open waters, then the offshore reel is a perfect choice. It’s specially designed for saltwater fishing and has been built to withstand the harsh conditions that come with it.

Offshore reels are typically larger than other types of reels, and they come with a range of features that make them ideal for catching big fish. They often have a high gear ratio, which allows you to reel in your catch quickly, and they also have a powerful drag system that helps you fight against bigger fish.

The conventional reel is another favorite among experienced anglers. It’s a versatile reel that can be used for both baitcasting and spinning techniques, making it a good all-around option.

The conventional reel gets its name from the fact that it uses an exposed spool which provides better line visibility and less resistance as you reel in your catch. This offers good control over your lure and gives you greater power when fighting bigger fish.

One of the most popular choices among novice and expert anglers alike for catching trout and salmon is fly fishing. It’s a special type of tackle that uses very light lines and small lures to catch fish.

Fly fishing reels are small and portable, which makes them a good choice if you’re planning on going on a longer trip. They also come in a variety of designs that specialize in catching specific types of fish, such as trout or salmon.

Another great option for saltwater anglers is the trolling reel. These reels offer a blend between conventional and spinning reels because they use a fixed spool instead of a revolving one like the spinning reel does. This gives you more control over your lure when casting, while still allowing it to spin while underwater which attracts more fish to bite down on it.

Trolling reels are typically used by experienced anglers who are looking for a reel that can handle big fish in open waters. They come with a range of features that make them perfect for this type of fishing, such as a high gear ratio and a powerful drag system.

The centerpin reel is a specialized type of reel that’s mainly used for trout fishing in streams and rivers. Its unique design allows the angler to control the lure more easily and provides less resistance as it moves through the water.

Because of its design, the centerpin reel is best suited for slow to moderate moving water. If you try to use it in faster-moving water, you’ll likely lose your bait or lure downstream.

So, which type of fishing reel is right for you? That depends on your experience and what you’re planning on fishing for. The above guide outlines the different types of reels out there so that you can find the perfect one to match your needs.

Andy Allan, a well-known fishing enthusiast and hiking professional, runs the blog. Andy is a Georgia-based outdoor enthusiast. He has hiked throughout the United States and parts of Australia.

He is also well-known for his passion for fishing, particularly for bass, steelhead, and salmon. Andy discusses his adventurous life, fishing and hiking equipment reviews, and blog posts on hiking and fishing tips and tricks in Outdoors Activity. 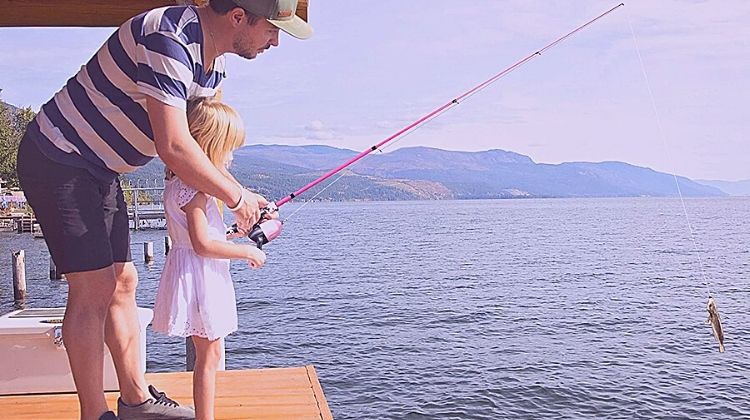 Pink fishing poles or rods are more about fashion than… 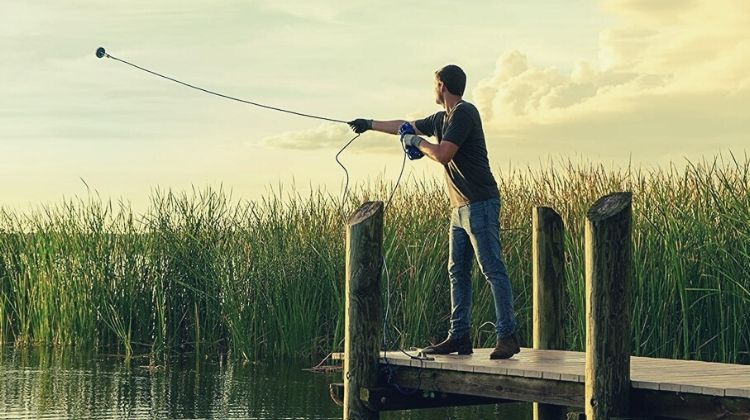 Have you ever walked past a river or lake, and… 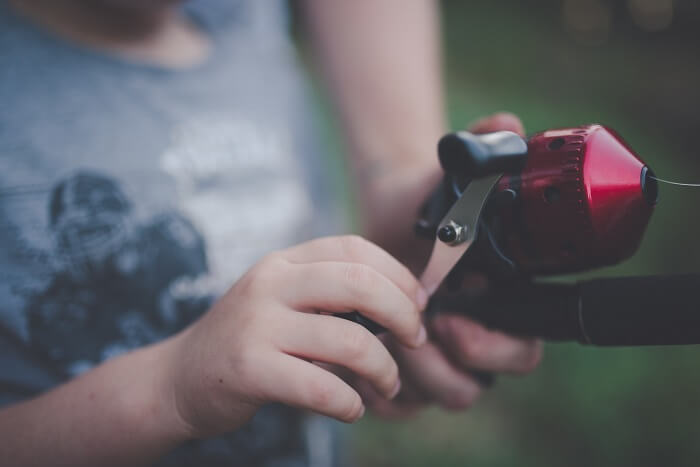 When I first started fishing, my dad handed me an… 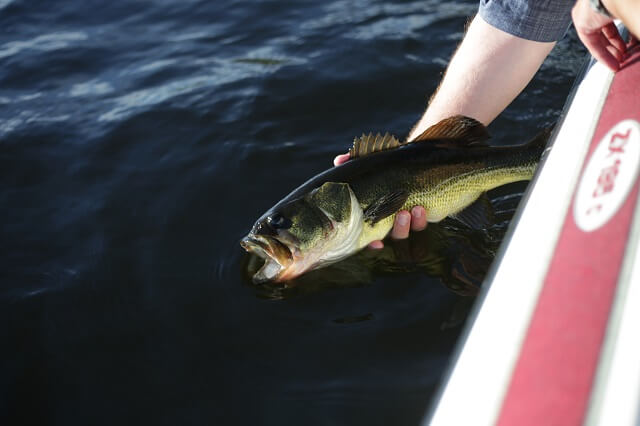 Bass are cold-blooded fish and change their habits and feeding… 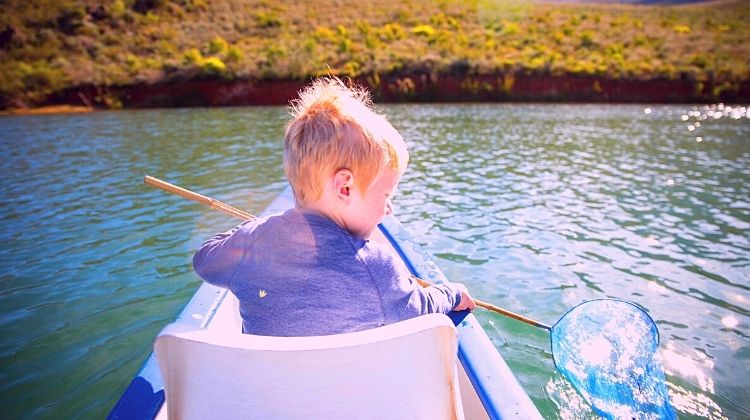 When you are trying to catch fish out of the… 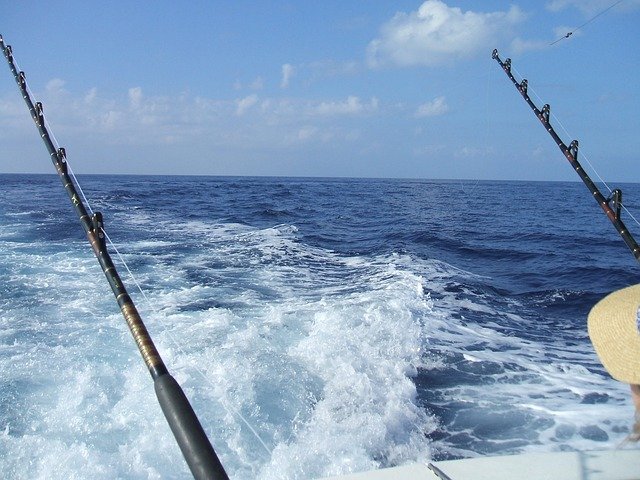 There are a lot of people who have never gone…